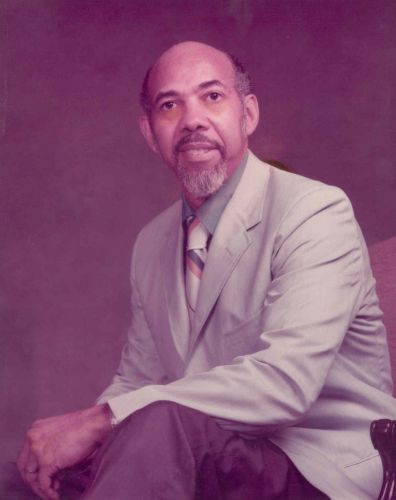 Frank Richards Bell was born February 17, 1922 in Elizabeth, New Jersey, son of two very enterprising parents, Frank Washington Bell who owned a trucking business, and Sarah Jane Malson Bell, a hard-working entrepreneurial seamstress. He was the middle child between his older brother, Julian and his sister, Isabella. Having grown up during the depression, Frank learned to fend for himself early in his lifetime.

After graduation from high school and holding several jobs, he met his future bride, Doris Dunn, in Washington, D.C. They married on January 17, 1943, made Brooklyn their home, and began their family of four daughters: Lynnette, Annyce, Caralyn and Frances.

Frank enjoyed a varied background as a carpenter, electronics engineer and master machinist, but his desire to become self-sufficient — just as his parents did — inspired him to listen to that inner voice which guided him back to school where he studied mortuary science and became a Licensed Funeral Director on December 4, 1951. For 17 years, Frank was cultivating himself in the field of funeral service as a trade embalmer and co-owner of a funeral home. Finally in 1957, he realized his long-awaited dream of owning his own business. The doors of the establish­ment bearing his name, Frank R. Bell Funeral Home, Inc., were opened and the business would begin to flourish. Though this life-changing/challenging hindrance occurred, Frank was pretty creative. He created many unique ways of adjusting to these obstacles in order to overcome the barriers.

He exemplified the meaning of his name - honest, direct and unpretentious. By the same token, he accepted people just as they were, never trying to change them.

Though life for him was no “crystal stair”, he never let any circumstance deflect or deter him from his goals. He chose to live life on his own terms, right up to his last breath on Tuesday, July 9th, 1996 when he embraced victory over death … which brings us to the other (original) meaning of the name FRANK ... FREE MAN!!! 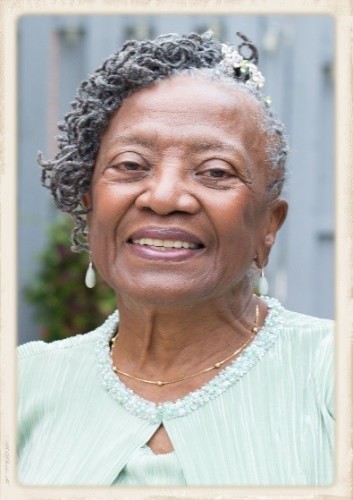 Time breathed a gentle gasp more than 9 decades ago on the 11th of February. That winter of 1921 gifted the world and fertilized the universe with a genuine humanitarian clothed with sincere love for people, limitless patience, warmth of heart and love for God. Born to Abraham Lincoln Dunn and Tency Louise Maye Dunn, Doris was raised in the meager settings of Greenville, North Carolina.

Her true wealth came from a home rich with the fruits of love and godliness that would strengthen her for the blessed years ahead.

Doris married Frank Richards Bell on January 17, 1943, they made their home in Brooklyn, New York, and created a family of four daughters.

Doris spent a total of twenty-two years with the New York City Board of Education, having received her B.A. degree in Early Childhood education from Brooklyn College and was a first-grade teacher. She continued her education at Teachers College (Columbia University) where she earned her Master’s degree in Curriculum and Teaching in 1967. Upon retirement, her loving heart guided her back into the classroom as a mortuary science student to help her husband’s long-developing business (established in 1957) after he sustained a stroke in 1971 which left him paraplegic. In spite of great personal struggles and sacrifices, Doris was swift to uphold the dream of her beloved Frank.

Doris had been serving unofficially at the Frank R. Bell Funeral Home since 1968 and became a Licensed Funeral Director in 1982. The impact of Frank R. Bell Funeral Home warranted James Caldwell of the 77th Precinct Community Council to initiate in 2018 the re-naming of the street on which the funeral home now operates to “Frank & Doris Bell Way”.

Doris was a gentle spirit with a powerful mind. She was an excellent listener with non-judgmental ears, loved unconditionally and with a clean heart, and sought what was best for her “children.”

Early Sunday morning, January 29, 2017, our Earth Angel, Doris Bell, became Heaven’s Angel. The magnitude of her now-silent influence continues to reverberate through the lives and spirit of those who benefitted from her godly influence.

A year of daily grief support

Our support in your time of need does not end after the funeral services.  Enter your email below to receive a grief support message from us each day for a year.  You can unsubscribe at any time.